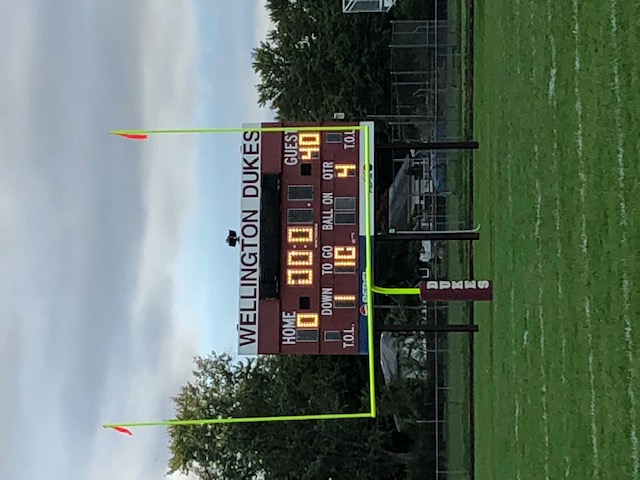 The middle school football team was red hot from the moment they finished their warm-ups in Wellington Thursday night, taking down the Dukes by a final of 40-0. It was the second shutout of the season for the squad, as the defeated Oberlin earlier this year 30-0. The Cards had many impressive performances, including 8th graderJohnmichael Donaldson, who scored a pair of touchdowns and intercepted a pass. Ryan Kelley had multiple tackles and completed every pass he threw in this one. Michael Gomes had another great game, as the 8th grade running back surged his way into the end zone three times on the night. But the top performer on this night was another 8th grader, Collin Thompson, as the lineman was an unstoppable force. He recorded 3 sacks, intercepted a pass, blocked a punt, and scored his first career points, plowing his way into the end zone for a 2 point conversion. For good measure he also had two punts that averaged over 25 yards!
The win puts Brookside at 2-5 for the season. The Cards wrap up their 2018 season next Thursday as they host Buckeye.